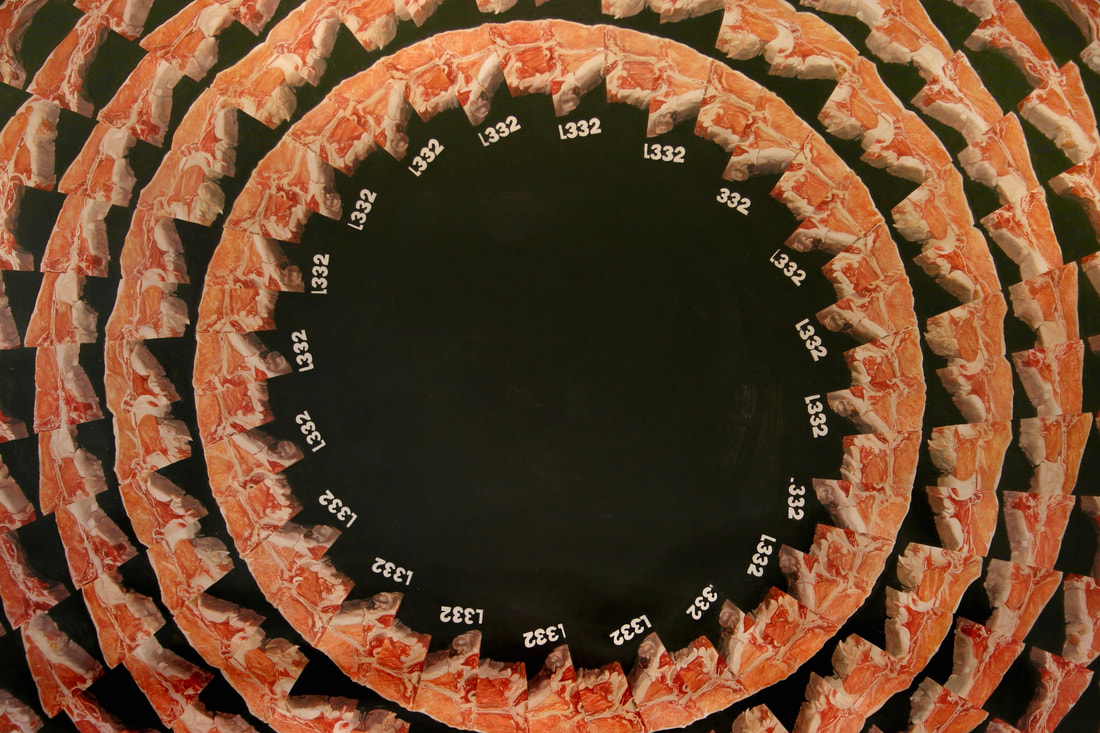 Meat Series
Jill Scipione's drawing and paintings involving skulls and cuts of meat create a lexicon of imagery that alternates empirical study with emphatic, gestural form. The surrounding "empty" space
becomes an energized field of activity.
The meat series is comprised of dozens of works in painting, drawing, collage, and print. All the works take as their source reproductions of cuts of meat from butcher charts. The art that results
falls into at least two general treatments.In some works, individual cuts of meat meticulously rebuilt by the painting and drawing process
are represented in their situation as natural, yet man-made objects in a white space. In others the cuts are reproduced, reordered, reformed and then represented as fabulous new objects.These new objects- cart, wheel, column, are familiar yet ancient; building blocks of civilization.
The theme of a body as structure of regeneration and the central idea of the flesh as the vehicle for the soul is both questioned and realized in these works.